By StephenJanuary 24, 2023No Comments4 Mins Read 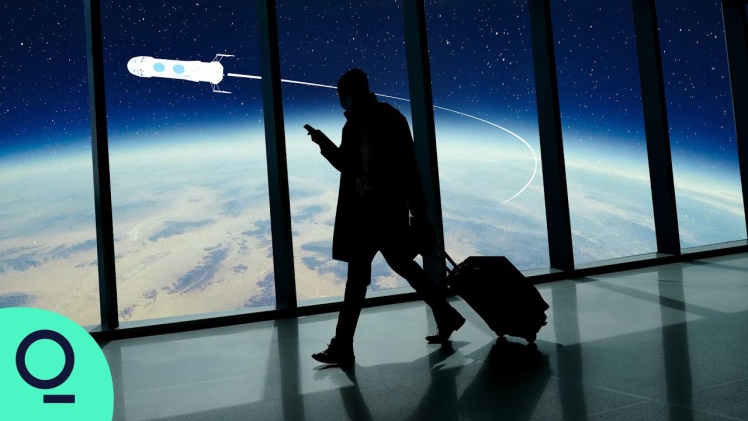 Space is the final frontier for tourism. Since the early days of mankind, we have looked to the moon and the stars with curiosity and wonder, and soon we will be able to take trips to orbit and beyond to fly amongst them. Space tourism has a huge amount of potential for profit, which is driving new technologies to satisfy the demand for vacations in space. Here is a quick rundown of what we can look forward to in the next couple of decades.

This is going to be the first step toward space tourism. There are sub-orbital excursions available already, but so far, the cost is prohibitive. If you are a billionaire or high-number millionaire, you can sign yourself up for a trip to the sky already. The rocket technology that underpins these excursions is getting cheaper to operate all the time, and cheaper to manufacture. As the costs come down for companies like Blue Origin and SpaceX, the price will come down for consumers.

Before the decade is out you should expect trips past the edge of space to be available at a high cost, but at a price that is not out of reach for many. You can keep up to date with developments in next generation space travel and the opportunities in space at The Space Report, and get ready for your sub-orbital trip where you can get a view of the Earth like no other.

Once sub-orbital trips become a regular occurrence, the next step is orbital flights and trips to space stations. Plans are already being made for hotels in space for the ultimate vacation. These hotels will take time to construct on Earth and fly up into orbit, but the rockets they will need to do it are already far along in development. SpaceX’s Starship is expected to make its first test flights soon, and its heavy-lift capacity paired with its rapid reusability will help make space hotels a reality.

Hotels in space will offer a huge range of activities and opportunities that you cannot enjoy on Earth. Micro-gravity makes some incredible feats easy. Sports and exercise can be a lot of fun. Imagine a basketball game where players can zoom through the air and reach a net ten or twenty feet above the court. Anyone can dunk in space. The views will be the biggest draw. Enjoying a gourmet meal while the landscapes of continents pass slowly by below you will be an awe-inspiring sight to see.

Our nearest neighbor is going to become a tourist hotspot in the next decade or so. Tourism has the power to propel space industries to new heights financially. The industry has been funded by satellites and defense contacts up until now, but tourism will bring in a huge wave of new money and the moon is the top destination. The first trip is already planned. SpaceX has a mission to the moon funded by a Japanese billionaire, who is taking artists and influencers with him for a trip around the moon.

This is just the start. Just as we can expect hotels in orbit soon, hotels on the moon will follow them. The moon has captivated people’s imaginations for millennia, and the demand for trips to the lunar surface has been there since before the first rockets. The space tourism industry has its sights firmly set on the moon, and as soon as technology makes it possible, there will be vacations available to the moon and back.

Honeymoon In Venus, Not Vegas

Looking further into the future, the next stop is probably Venus. The scientific industry may be enthralled by Mars, but space tourism is looking toward the yellow planet that is closer to the Sun. Vacations here will not be on the surface, as the atmospheric pressure makes it impossible. That same pressure opens up some more interesting possibilities though. Airships can float above this atmosphere like ice in a glass and use solar power to follow the Sun across the surface.

Honeymooning on Venus may not be big in the 2030s or 2040s, but sometime in the 2050s, technology and consumer demand will make it a possibility. This would be one of our solar system’s ultimate trips. Visitors would also be able to walk around on decks without a space suit, just an oxygenated mask similar to scuba diving. Waking up to a sunrise on Venus and taking a stroll above its clouds will be a big draw for tourists.

The dawn of mass tourism in space is just around the corner. Once the first trips are made by space tourism pioneers, the masses will follow. Start saving now for a week on the moon, or a voyage to Venus.

Important Things To Consider When Traveling