How to File a Solid Lawsuit for Health Issues Due to Contaminated Water?

By StephenNovember 25, 2022No Comments6 Mins Read 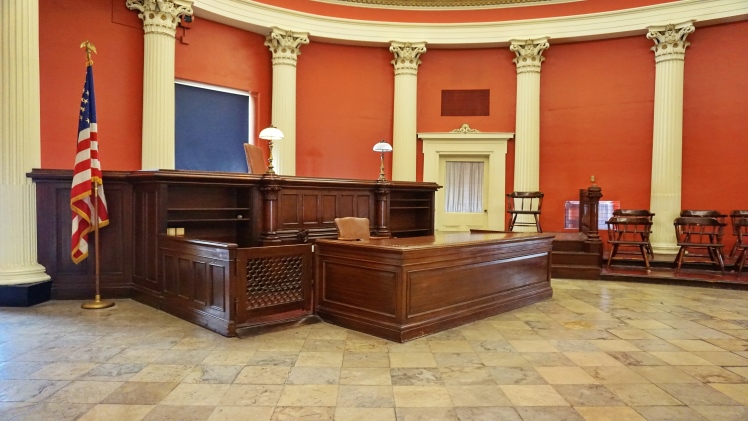 Water contamination is a serious issue. If you live in an area where the water supply has been compromised, you may be able to sue for the health issues caused by contaminated water.

But how do you know if your city’s drinking water is safe? And what kind of legal action can you take after being exposed to contaminated water? This article will help you understand how to file a solid lawsuit for health issues caused by contaminated water.

According to the Centres for Disease Control and Prevention (CDC), around 7.2 million Americans develop some or other diseases from consuming contaminated water. They face various health issues but don’t know what to do.

Thus, the first step is to determine if you have a viable case. If so, you’ll need to ensure that your complaint is properly filed and served to the responsible parties.

Here are some steps that can help ensure that your legal case is as solid as possible:

Find a Lawyer Who Has Handled These Types of Lawsuits in the Past.

You should find a lawyer who has previously handled cases similar to yours. You can begin by conducting an internet search for contaminated water or water contamination lawyers. Once you have narrowed your list of lawyers, call each one and ask them about their experience with this type of case. Ask them if they have won any similar cases or settlements in the past, and if so, how many?

For instance, a similar case happened in 1953 at Camp Lejeune, a marine corps base in the Northern part of Carolina. In this case, many people developed cancer and other health issues due to the regular consumption of contaminated water at the location. Hence, the Camp Lejeune Lawsuit can be an ideal reference while searching for a lawyer for your case.

File the Lawsuit as Soon as Possible.

The statute of limitations is the period in which you file a lawsuit. In many cases, this can be as little as two years from the date of an incident or discovery of harm. For health issues caused by contaminated water, it’s important to file your lawsuit before the statute expires.

Researching similar lawsuits is the first step in preparing your case. It will give you a sense of what evidence has been used in other cases, what hasn’t been used, and where the successes and failures lie.

The best way to get started on this research is by looking at past verdicts and settlements involving contaminated water or food. If there are no recent cases similar to yours, try looking at older cases instead. It can help provide some context for how certain types of evidence were handled in court and how judges reacted to different types of claims.

Document Your Health Symptoms and Keep Track of All Medical Costs.

Keep track of the symptoms you’ve experienced and all medical costs you’ve paid. It will help your attorney understand the extent of your injuries, which can be used when calculating a settlement. It’s also important to keep track of any lost wages or other expenses related to your illness caused by contaminated drinking water.

Be Prepared to Answer Questions About Your Drinking Water Habits.

Your lawyer will ask you many questions about your health, including whether or not you drank the contaminated water. It might seem like an obvious question, but it’s important to let your lawyer know if you consumed the contaminated water in any way at all. If so, he or she should be able to help you file for damages related to that consumption.

According to WHO, around 2 billion people globally still use a drinking water source contaminated with feces or other contamination. It is the riskiest form of contamination. Therefore, you should enquire which authority in your area is responsible for such contamination. It can be the municipality or the city government.

Filing a claim against your municipality or city government for injuries caused by contaminated water will involve filling out documents and sending them via mail or fax.

Document What You Have Lost so that You Get Fair Compensation

A successful lawsuit for health issues caused by contaminated water requires that you document your losses. Your lawyer can help you do this, but the more information you can provide upfront, the better. You should include the following:

You’ll need to gather a lot of information and documentation to file a solid lawsuit. It includes:

You should also include any limitations on daily activities that have resulted from these symptoms or an injury sustained from ingesting contaminated water.

You must find witnesses who will testify about how they were affected by drinking the contaminated water. You can get much information from doctors, but this is not enough. You will also need to get people who drank the water and got sick.

It may sound like a tall order for you as an injured party, but there are ways to do it. For example:

According to PNAS, 3-10% of public water systems incur health-based violations. The number is relatively low but can have a huge negative impact on the health of people consuming water from it. It could be you too.

The above are steps to file a lawsuit for health issues caused by contaminated water. Remember that you have rights, and the law is on your side.

You don’t have to suffer in silence or let big corporations get away with harming people just because their insurance companies are too big to fight. You’ve been injured, and you must hold the responsible parties accountable. You can file a lawsuit for health issues caused by contaminated water.